I’m turning twenty-eight tomorrow. That’s not really remarkable or anything, lots of people have before and lots more people will continue to turn twenty-eight for the foreseeable future. But there’s something about twenty-eight, I’m not sure what. It’s just been itching at the forefront of my mind these past few weeks. I feel… disquieted about it, I guess?

I’m not the kind of person that frets about age or tries to deny how old I really am; it’s silly to be afraid of something that’s inevitable, something you have no control over. People get older, that’s just how it is. Aging is easy, you don’t even have to do anything and it just happens. But aging fearlessly takes a lot of effort. I want to take the road less travelled, I want to age fearlessly. I don’t want to piss and moan about getting older the way it seems everybody else does. So it’s annoying to me that twenty-eight is giving me some degree of difficulty.

But maybe it’s not the actual aging itself that’s bothering me. I think it might be because I haven’t yet determined my purpose for this year. I usually have a plan of attack for each new year, some goals I want to accomplish, some dreams I want to chase. And I guess I just haven’t really nailed down what it is I want to do with twenty-eight yet. That must be what’s making me feel… disorderly?

I do love my birthday, though. I love it so much. Specifically, I love celebrating the shit out of it. And I’ve collected some very memorable birthday celebrations over the years.

My 20th birthday for instance, when I did that legendary 21-second box-o-wine stand that people still talk about today. 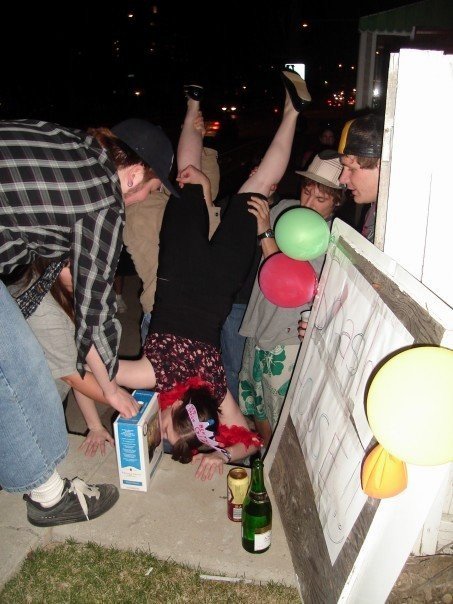 And my best friends built me the bejewelled funnel of my dreams that year, which they very aptly named “Smash’s Life Support”. 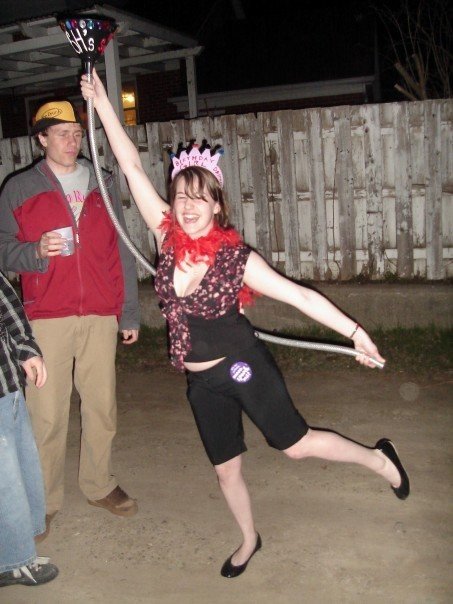 Or my 22nd birthday, when we had the fanciest most “biz-cas” house party ever. We may have looked the part, but we certainly didn’t act it. 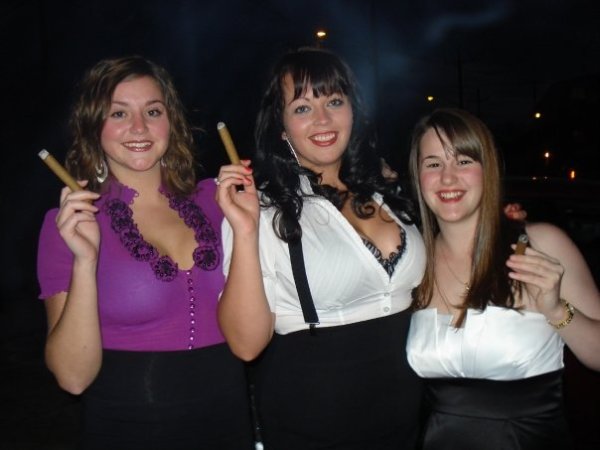 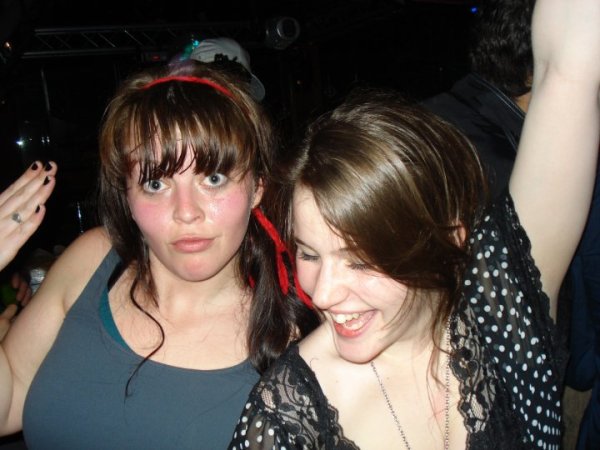 When I turned 25, my mom made me a jumbo banana bread cake and fucked up the frosting, spelling birthday without its very necessary ‘r’. Happy Bithday Ashley, indeed.

But more important, when I got all fucked up in the backyard later that night and started singing “For Whom the Bell Tolls” at the top of my lungs. Aging fearlessly at its finest.

I’ve had some good birthdays, that’s for damn sure. I’ve made more than my fair share of zany and crazy birthday memories.

And we carried on the tradition this weekend. It was awesomely fun. Krazzzy Karan showed up with a Heineken mini keg for me and from there we decided rounds upon rounds of good old-fashioned keg-stands were in order!

I got to do some birthday shots with my darling Sara via Skype, because she currently resides all the way on the other half of the planet, in Vietnam.

We got real effed up last night…

The hangover today is pretty much exactly what you’d expect, and probably deserved. But it’s kept my mind off of these feelings of… uncertainty? And now that I’m circling back to that problem, I still don’t think I have an answer.

Everything in my life was in disarray last year, and now that the dust has finally settled, I guess I just don’t know what comes next. Marriage is great. Work is still kind of intense, but engaging and engrossing as always. I’ve got lots of hobbies and my social calendar for this summer is already booming with plans. And yet I’m still not satisfied with all of that. I want more, I just can’t put my finger on what it is I need.

I suppose I could finally get around to getting this crazy frigging wisdom tooth in the back of my mouth pulled. But that’s not really something I can feel accomplished about. That’s just something I’ve been putting off.

Twenty-eight, you sure are tricky. What do I want to be? What do I want to do? How am I going to make this year of life the best one yet? Seems like the answer to that requires a little more consideration than I was expecting. But as soon as I’ve figured it out, you can bet I’m going to throw myself into it with all of my heart. That’s the only thing I ever really know for sure… that I’m going to keep charging ahead, fearlessly, and living life with all the gusto I can muster. It’s the least I can do. 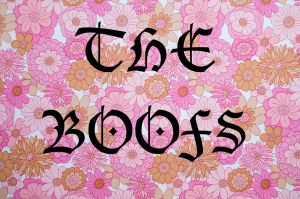